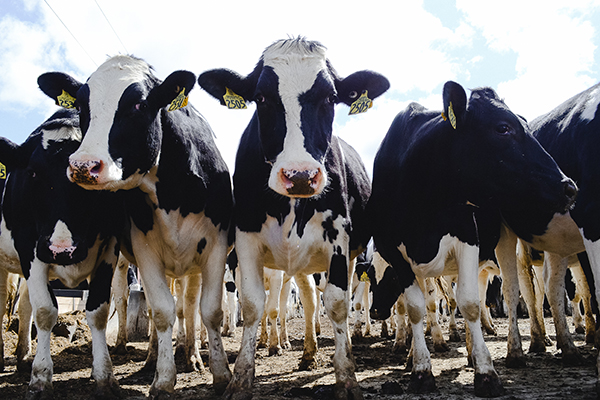 In September 2021, Sen. Susan Collins and Representatives Chellie Pingree (ME-01) and Jared Golden (ME-02) proudly announced that Peaks Renewables would be receiving a portion of $64.7 million in funding made available by the U.S. Department of Energy for projects advancing the development of cost-effective, low-carbon biofuels. The award was one among 22 such grants issues to projects that sufficiently demonstrated merit and potential to spur energy innovation.

Peaks Renewables was awarded $4,977,437 to deploy a biomethanization process at the forthcoming site of their as-to-be developed dairy digester in Clinton. The process will source naturally occurring organic waste from six dairy farms in central Maine to create biogas, which can be used for heating, cooking and other processes. By working with Peaks to capture and reuse the emissions from their organic waste, preventing it from being released into the atmosphere as methane, these Maine farms are stepping up to be a part of the climate solution.

“Methane is one of the most potent greenhouse gases that’s released into the atmosphere, which is why farmers’ participation is key to fighting climate change. Digesters like the one that will be deployed in Clinton will go a long way in our ongoing and vital efforts to reduce greenhouse gas emissions,” Rep. Pingree said at the time. “As a member of the House Appropriations Committee, I am proud to have advocated for funding projects that are making renewable energy and fuels a priority in combatting climate change.”

Peaks’ is partnering with its parent company, Summit Utilities, to develop the digester and connect it to Summit’s energy delivery system already located in the Kennebec Valley. Summit’s President and CEO Kurt Adams said, “This grant presents an incredible opportunity for Maine to be a leader in the development of a new renewable energy resource. “With this grant from the Department of Energy, we will develop the first field deployed power-to-gas system in the United States by combining green hydrogen and captured carbon. This will create a carbon negative energy source that can be used to keep homes warm and industries running while reducing emissions. We are grateful for the support from the Department of Energy, our congressional delegation, and our many partners on this project including SoCal Gas, National Renewable Energy Laboratory, Plug Power, and Electrochaea.”

“By working with dairy farmers to turn farm waste into renewable energy, this cutting-edge facility in Clinton will help support Maine’s family dairy farms, keep our air clean, and provide renewable, affordable energy for our state,” Congressman Golden said. “It’s another example of workers in our heritage industries — like farming, logging, or shipbuilding — innovating and adapting to meet the challenges of the future. I’m glad that the Department of Energy recognized the potential of [this] innovative project, and I look forward to seeing it get up and running.”

Peaks’ digester project is among the 22 selected projects focused on producing cost-effective, low-carbon biofuels that are receiving funding from the DOE. This funding is part the Biden administration’s Sustainable Aviation Fuels (SAF) Grand Challenge to decarbonize the aviation sector by 2050. The DOE said these investments will advance technologies to create replacements for petroleum fuels used in heavy-duty forms of transportation like airplanes and ships and accelerate America’s path to a net-zero emissions economy by 2050.